A merchant account reserve is money your acquiring bank or processor sets aside in case of emergencies. It’s similar to a security deposit for an apartment rental or collateral for a loan.

If your business experiences difficulties and struggles to pay the bills, your processor can use money held in your reserve account to cover the costs associated with your processing account. Funds from a merchant account reserve are most commonly used for financial losses associated with chargebacks.

Because COVID-19 has drastically changed consumer expectations and shopping habits, many merchants are experiencing an increase in chargebacks. As a result of the new risk, banks are taking extra precautions by adding reserves to merchant accounts that didn’t have them in the past.

If you are experiencing cash flow issues because of reserve requirements brought about by COVID-19, contact Midigator® today. We’ll get your chargebacks under control so your reserve account will be less restrictive and easier to manage.

Merchant account reserves can cause some confusion and frustration. But the more you know, the easier a reserve will be to manage. Read our complete guide or jump to a section below:

A month later, a door falls off Ms. Miller’s cabinet. Upset, Ms. Miller calls her bank and demands a chargeback. The bank credits her account and turns to Bob’s bank for reimbursement.

Bob’s bank checks his processing account and finds there isn’t enough money to cover the chargeback. To make matters worse, Bob won’t have money in his account any time soon — he doesn’t get paid until he finishes his next construction project.

Since Bob doesn’t have funds available in his processing account to cover the cost of the chargeback, his reserve account is debited instead.

Merchant account reserve requirements are set on a case-by-case basis. Many factors influence who needs to have one, but generally the riskier the merchant the greater the need for a reserve.

Merchants with these characteristics usually need a reserve account:

Merchants may dislike the cash flow restrictions caused by a reserve account. But the added security of a reserve is what makes it possible for many merchants to process payments. The reserve functions as a security interest to help the processor limit its exposure to financial loss caused by excessive chargebacks. A processor wouldn’t agree to take on a merchant’s risk without extra protection.

That said, there are still some high-risk merchants that won’t be approved for processing even with a reserve.

All merchant account reserves serve the same purpose: to set aside money that can be used when a merchant’s general account doesn’t have sufficient funds to cover the unexpected financial loss caused by chargebacks.

Yet there are significant differences in how reserve funds are collected, how long they are withheld, and when they are returned to the merchant.

There are three types of merchant account reserves, and the type required depends on the merchant’s risk level.

An up-front reserve — sometimes called a minimum reserve — is just what the name implies. Before payment processing privileges can begin, the merchant must deposit a certain amount of money into the reserve account.

There are usually three ways for merchants to provide these up-front funds:

The amount of money needed to fund an up-front reserve depends on several variables, such as the business’s industry and how the business operates. Generally, the amount is equal to about one month’s processing volume. For example, if the business is expected to process $20,000 a month, there would probably be at least that much in the reserve.

Up-front reserves are typically required if the merchant is new and has little to no processing history.

Hypothetical Example of an Up-Front Reserve

A capped or accrual reserve is gradually funded with each transaction processed until the minimum amount is met. Typically, a processor holds anywhere from 5% to 20% from daily settlements.

Once the predetermined amount has been deposited into the reserve account (which is usually equal to about one month’s processing volume), the processor will stop collecting funds. However, the withheld funds will remain in the reserve account until after the merchant has stopped processing payments with that particular bank.

Hypothetical Example of a Capped Reserve

Like the capped reserve, a rolling reserve is also funded gradually with about 5-20% of daily settlements.

Hypothetical Example of a Rolling Reserve

Here are some tips that can minimize the impact that reserves have on your business.

The type, amount, and duration of the reserve are typically determined and disclosed during the merchant account application process. Be sure to review the terms before signing the contract.

When you apply for a merchant account, you’ll work with the processor’s sales team. A sales rep might have general information about reserves, but it’s the underwriting team that will decide the exact requirements for your account.

If you have specific questions, ask your sales rep to bring someone from underwriting into the conversation.

Make sure you are transparent during the application process. If you aren’t, the underwriter may not fully understand the potential risks associated with your business. If that happens, your processor could add a reserve after processing has begun to protect against the newly discovered threats.

Before you sign the contract for your merchant account, run the numbers. Review your monthly operating figures. Will you have sufficient cash flow while funds are being withheld?

If not, think about what other options you might have. For example:

You don’t have to automatically accept the terms that are offered. Try to think outside the box and explore options that might make your reserve less restrictive.

Ask For a Review

After you’ve been processing for a while and have some historical data to review, ask your processor to reevaluate your situation.

If you have had consistently low chargeback counts, ask if your reserve amount could be decreased and some of your withheld funds released.

Think About the Future

If your processing agreement is terminated, your reserve funds won’t immediately be returned.

Even though you aren’t processing any new transactions, customers can still dispute the sales you’ve already made. The processor will retain your reserve account funds to cover any chargebacks that are filed.

Most chargebacks have to be initiated within 120 days of the transaction. But sometimes, disputes can be issued up to 540 days later. Your merchant agreement will outline the timeline for returning reserve account funds and explain how long you’ll be responsible for disputes.

Be sure to take this delay into consideration. If you plan to open a new merchant account, you may need to have money in multiple reserve accounts at once.

Chargebacks can have a significant impact on several different aspects of your business — including the amount of money that’s tied up in a merchant account reserve.

If you are lucky enough to be approved for a merchant account without a reserve (or relatively little withheld), don’t get too comfortable!

Reserves typically begin when payment processing privileges begin, but your processor might add one at a later date if your chargeback activity increases.

Therefore, it’s important to constantly monitor your chargeback situation and do all you can to keep risk in check.

We have dozens of blog articles that offer valuable chargeback prevention tips. If you haven’t already, be sure to check them out. You can find them here.

Get Your Chargebacks Under Control with Midigator

Chargeback management is an essential task, but it can be complicated and time-consuming.

At Midigator, we believe the challenge of running a business should be delivering great products or services, not managing payment risk. We want to remove the complexity of payment disputes so businesses can get back to business.

If you’d like help simplifying your chargeback prevention responsibilities so your merchant account reserve is more manageable, contact Midigator today. Our team of experts can help improve your cash flow and enhance your bottom line. 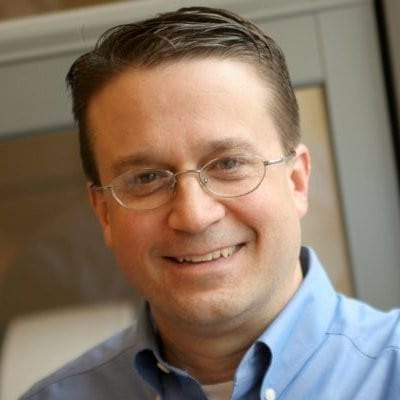 This is the story of how a merchant used Midigator’s detailed analytics to prevent subscription billing chargebacks and increase customer lifetime value.
Read More

How to Run an Efficient Chargeback Management Team

How Midigator’s Analytics Reveal the Most Unexpected Reasons for Chargebacks

There could be hundreds of different reasons for a chargeback. But with Midigator, it’s easy to trace chargebacks to their source — even the most random and obscure causes!
Read More
View all articles